First, I’d like to say thank you to everyone who read, re-tweeted, and tumbled (tumblr’ed?) my last post about the intensely frustrating issue of blackface on South Korean television. I think its important that the dialogue on this is continued. I’m not the first to write about this and I won’t be the last.

And that’s kinda the point. The two instances of blackface I referenced in my previous post are not the only times this has ever happened. They aren’t  even the most recent. And unless people speak up, this will continue to happen.

Over the past few days I’ve done a little more research into reactions to Korean blackface. The most frustrating defense is that Koreans don’t have the same history with blackface as Americans and that its unfair to place “our”  history on them.

The larger issue is that some Koreans just don’t seem to care that they are being offensive.

Last year I came upon a clip of Tiger JK (a South Korean rapper) appearing on You Hee-Yeol’s Sketchbook  with his son Jordan.

You died from cute, right? Well, after that appearance Korean “netizens” went on attack mode. Why? Because Jordan’s mother, the intensely talented rapper singer Yoon Mi Rae, is of mixed Korean and Black heritage. These people went so far as to call the child a “nappy headed nigger”.

Tell me again about Koreans not understanding racial historical context.

My point in bringing up this horrible incident is that, as I said previously, the excuse that they aren’t aware what they are doing is bullshit. Yoon Mi Rae and Tiger JK have spoken about this issue repeatedly. SNL Korea had to issue an apology after its Dreamgirls skit, based on the recent movie, where three Korean actresses appeared in blackface (one of them was even wearing a wig of braids). They know what they are doing. They just don’t care.

An added layer of ridiculousness to this whole thing is that so many Korean (mostly kpop) artists borrow so heavily from black musicians and the hip-hop culture. If you watch their interviews, all these idols want to be Michael Jackson and Mariah Carey. When they want to show off their talents they cover American R&B. When they want to look “cool” they dress themeslves in “Malibu’s Most Wanted” couture. 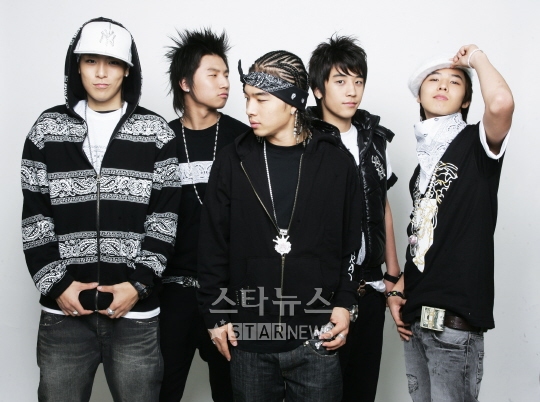 In general, I lack the ability to be bothered by that kind of thing. I rarely view it as mean spirited. I used to pretend to be Janet Jackson, but I never found a way to make money off of it so I can’t knock the hustle. But to so liberally swagger-jack a group of people, but to then turn around and lampoon them as, lets face it, barely human, is disgusting.

I think the reason this issue irritates me so (besides the racism) is that South Korea, as a country, is pushing themselves out to the world. We’re not invading them and forcing our values. They are opening their doors via music, television, tourism advertisements, etc. South Korea is hosting the Winter Olympics in 2018. These are not the actions of a people who want to be left alone, away from the scrutiny of foreigners. The Korean media trumpets ANY appearance by a Koreans, no matter how insignificant,  in American media as “domination”. They are telling the world” come to us, we’re awesome. And bring your wallet”. I’m no CEO but insulting the rest of the world while asking for their money is a pretty ineffective business model.

In the end, all any of us can do is voice our discontent and hope that things will change. Whether its through blog posts, petitions, emails to broadcasting stations/entertainment companies, or just refusing to support Korean artists/entertainers as they make headway into the rest of the world.

Thanks again for reading my slightly jumbled thoughts.

One thought on “Oppa Probably Meant It: A Follow-Up Post”