Since this is my blog and I can do what I want…ITS A BIG BANG POST!

First, a little back story:

A few years ago, a friend of mine made a serious attempt at getting me into kpop. She sent emails full of youtube links. Talked to me about them constantly. She even went so far as to “assign” me someone to stan for (based on my personality – trust me, this isn’t as cuckoo or insane as it sounds). My basic reaction was….meh.

But one night that all changed. Said friend was giving me a lift home from a dinner with friends where much delicious Mexican food and tequila was consumed. At some point she grabbed a cd and said “listen to this and tell me if it reminds you of anything”. First, I was dazzled by the pretty packaging. Then she played the song for me and I was like OMG THIS IS AWESOME. That song was G-Dragon’s “Heartbreaker”. What my friend was referring to was the controversy at the time regarding the song’s supposed similarity to Flo Rida’s “Right Round”. I didn’t hear the similarity but in the end even Flo Rida didn’t give too much of a care. He even traveled to South Korea to record a remix of “Heartbreaker” with GD and performed with him.

And thus ended Flo Rida’s brief moment of relevance in my life.

But from that moment on, I accepted kpop in my life. And by kpop I mean Big Bang. And their assorted solo/group side projects. And other people in their entertainment company. And their dancers. And stylists. Its takes a village.

Big Bang is a five member kpop group consisting of: 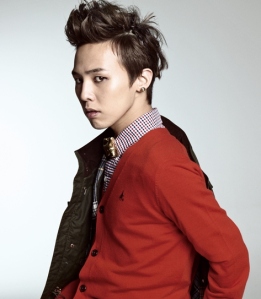 G-Dragon is the “‘leader” of Big Bang. I don’t really quite grasp the whole leader thing in kpop groups (almost all of them seem to have one) as a whole, but in BB’s case. GD writes/produces a good portion of BB’s songs. He is easily the most charismatic member and is seen as a fashion icon. He is beautiful. GD gives me the feeling that he was just born to be in the spotlight. In addition to his BigBang duties as a rapper/singer, GDragon has released his own solo album and also collaborated with fellow BigBang member TOP on a combo album (which is AMAZING by the way). G-Dragon is also a magnet for…trouble. He’s had various controversies. There was the thing with Flor Rida, a “incident” during his solo concert that almost landed him in jail for indecency (have a clip. I remain shocked that this was a thing at all), and most recently he got busted for smoking pot which is a HUGE BIG FUCKING DEAL in South Korea. But G-Dragon tends to come out of these things just fine. He can’t be denied. 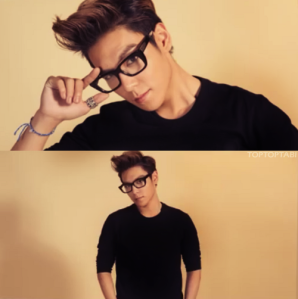 TOP is…TOP. TOP is a rapper in the group. He also acts on the side, having starred in the tv movie 19 (reminded me of an after school special), the drama Iris (also starring Lee Byung Hyun), and the film 71: Into The Fire (which left me dehydrated from crying). TOP IS MY FAVORITE. In addition to the duo album with G-Dragon, TOP has released one solo single, Turn It Up. I await his solo album…which I’m pretty sure will never exist. Call it fangirl projecting, but I don’t get the feeling that TOP enjoys performing alone very much. Anywhoo, TOP is also the most…challenged dancer in BigBang. But who cares. HE IS TOP. Therefore however he does it is how its meant to be done. End of story. 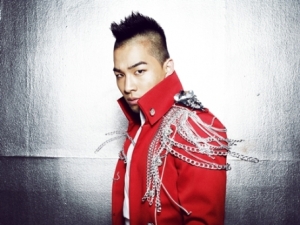 Taeyang is the resident dancing fool of Big Bang. He is also an obvious Michael Jackson/Usher/Amercian R&B in general stan and it shows in his singing and performing style. Taeyang has done the most solo work, releasing two albums. Taeyang also had an international release of his last CD “Solar”, which included the all English song Connection. Stateside, Taeyang is probably best known for his song Wedding Dress, off his first EP Hot, which even I had heard before becoming acquainted with kpop. Fabulous song. Taeyang was also the member of Big Bang who was “assigned” to me by my friend based on the fact that both of us are total losers with the opposite sex. Its widely known that Taeyang has never had a girlfriend, a topic tackled on the aptly titled I Need A Girl. My soft spot for Taeyang is eternal.  Taeyang is also the only member of Big Bang that has a Twitter. 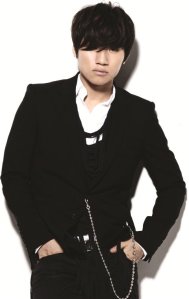 Daesung is, in my opinion, the vocal power of BigBang. His voice is so strong and full and magnificent. Like Taeyang, Daesung is a religious good little boy. He’s a competent dancer and is sadly often saddled with being the “ugly” member (in a group on the whole that isn’t lauded much for their looks as idols go), and it is this annoyed fangirls opinion that thats because his skin is dark for a Korean. But as I have no evidence of that I’m going to move on. Daesung had a really terrible 2011. Daesung was involved in a traffic accident that resulted in the death of a motorcyclist who was lying in the road after his own accident. Daesung (obviously) stopped promoting with Big Bang for the remainder of the year and stepped away from public life (yannow, with the predilection of netizens to encourage celebrities to commit suicide and all). He is now with Big Bang and we are all happy that he seems to be doing ok. 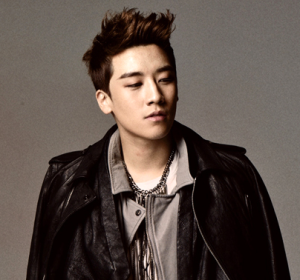 Seungri is the maknae (the youngest) member of Big Bang. Seungri is…I don’t think I have a vocabulary to describe Seungri. He is basically your annoying over confident little brother who never shuts up but you kinda love him because of it. Or at least thats how I feel about him. Seungri is the best in Big Bang at appearing on variety shows (yes, thats a thing). Big Bang doesn’t do a lot of variety appearances but Seungri is the MASTER. He always has ridiculous stories and whatnot to keep it interesting. Last year Seungri released his own solo album called VVIP and….I *really* loved it. Which surprised me a great deal. I don’t skip any tracks. Seungri impressed the hell out of me. Sadly his promotion period was cut really short, as it was sandwiched in between the GD&TOP album and Big Bang’s comeback after not releasing anything for a few years. But I hope he comes out with another.

Clearly, I could go on about Big Bang forever, but I figured it is best if I just cover the basics for now. Other info: