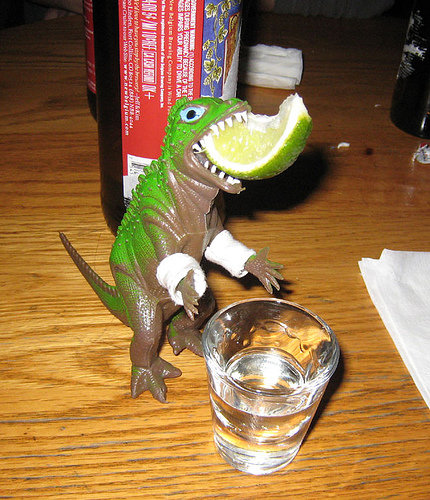 Just another night in Wrigleyville....

Today, Complex Magazine released their list list of  The 25 Douchiest Bars in Chicago. I clicked the link while climbing up on my high horse, sure that I hadn’t ever blessed any of these establishments with my time/money. But then I remembered…I spent my 20s in Chicago. So…yeah.

As I read through the list I kept track of which of these bars I had actually been in, and I came in at 12. Out of those 12, 10 could be remembered as truly terrible, one was underwhelming, and one was just…I can’t even.

Except I’m about to. Using the Complex list as a jumping off point, and adding in a few locales that were left off, I present:

10. McFadden’s (#25 on the Complex List) – Oh, McFadden’s. I’m gonna be honest, as absolutely terrible as this place is in general, I will admit that I’ve had one great night at this bar. The night of my ten year HS reunion a bunch my reconnected classmates ended up here. We danced and partied and eventually one of my former classmates walked/carried me across the street to the CVS so I could get cash before putting me in a taxi because I was 1. Completely shit faced 2. Exhausted 3. Wearing sky high cheap ass Aldo stilettos that were not meant for hours of twerking it with the kid I actually never spoke to in four years of high school but managed to impress me with his investment banker struggle dancing that night. I was actually crying by the time he pushed me into the cab. Ah, memories.

9. The Original Mother’s (#19 on the Complex list) – I’m just gonna flat out say it – as a black girl, I’ve witnessed all kinds of racist shennanigans in the Chicago nightlife scene. My experience at The Original Mother’s was exactly that. One of my cousins REALLY wanted to party on Division Street (douchebar heaven), much to my dismay. But I was young and impressionable and she had a car so I went along. We ended up at Mother’s (because Mother’s Too was actually over crowded) where the dudebro at the door refused us because…she only had one form of ID. She had a driver’s license on her (she’d locked her purse in her car). He swore up and down that we needed to show him two forms to get in. Um. Whatever bro. For whatever reason, my cousin was DETERMINED to get into this bar. So we passed about three dozen other bars to get back to her car where we retrieved her purse, walked back to the bar, where the bouncer seemed shocked that we had returned, and then gave us each a free drink ticket for our trouble. I had long since figured out what was the problem, and it slowly dawned on my older (but clearly not wiser) companion as we descended into the bar…which was almost completely empty. I was immediately ready to bounce, but my cousin felt like she had earned her free drink…which turned out to be a “shot” of flavored “Pucker” in a cup that wouldn’t properly deliver a child’s dosage of cough medicine. Nice.

8. Vertigo Sky Lounge  (#9 on the Complex list) – You know how it happens. A new bar on the top of a swank hotel opens. You are friends with a bunch of late 20s trixie types. Happy hour is serious business. On this particular night, a friend was visiting from out of town and a big group of us got together to celebrate. And then, they put the entire tab (somewhere in the $300+ range) on one guy’s credit card, without asking first. And then they refused to take it off.  And after more arguing they claimed it would take FIVE DAYS to reverse the charge. Yeah. Awesome customer service there.

7. Tai’s Til Four  (#15 on the Complex list) – I have been to Tai’s exactly once. I plead ignorance. I’m a south sider born and raised, and I was not taught the ways of the 4am bar. On one particular night when fun was being had and 2am creeped closer, when told that there was a bar that was open til 4am, it seemed like a good idea. Tai’s is like the basement rec room in the 8th circle of hell, where denizens of all the Bolgias meet to consume crappy drinks in plastic cups. This night was special because some dudebros followed me and a friend (they were after her) from our previous watering hole to Tai’s, where they waited in a very long line for the opportunity to watch us dive into a cab the moment they gained entry. Also. The floors are sticky. Yuck.

6. Debonair Social Club (#13 on the Complex list) – I just don’t understand this bar. Like, I was genuinely confused the entire time I was there. There was no one behind the bar. There was weird performance art being projected onto the walls. Thumping untz untz dance music was playing…but no one was dancing. Debonair is the encapsulation of everything that is wrong with the hipper than thou hispters in Wicker Park.

5. Moe’s Cantina – this bar isn’t on the list, but it really should be. Or maybe Complex figured they had it covered with John Barleycorn (which is truly the worst place on earth and totally deserving on the #1 spot it earned). Either way…Moe’s Cantina is awful. In theory, it shouldn’t be so bad. Its huge and airy, lots of tables and booths, a inoffensive pop heavy soundtrack, and lots of beer specials. But sadly, its location right in the capitol of Douchelandia (aka Wrigleyville) ruins the whole thing. Sadly, the thing that ruins Moe’s is the same thing that keeps it running: its dudebro clientele. Ugh. I really don’t prefer to combine my cost effective light beer with a noseful of Axe body spray and sweat.

4. Cabaret – Thankfully this place is now closed. Cabaret was a nightclub in the River North neighborhood that seemed to be populated mainly by confused euro trash. I ended up here because I had a friend at the time who loved wealthy euro trash. I also ended up the victim of a misplaced roofie, passed out on the floor of their basement bathroom. I’m really fucking glad this place is closed.

3. Level – Level is (was? I have no idea if it still exists) a bar/club in the extremely hideous “Viagra Triangle” section of the Gold Coast. Its really just everything that is wrong with the world. Old men being total pervs, girls in “club wear”, ridiculously long line, douchetastic door people, and lots and lots of fake tans. Level is the only place on earth where anyone has ever tried to sell me coke. And it happened twice in the same night. YIKES.

2. The Hangge Uppee – After I tweeted the link to the Complex article, my mentions were immediately filled with my friends wondering how on earth the Hangge Uppee wasn’t on the list. The only people who have a good time at the Hangge Uppee always include the statement “I was wasted before I got there” in their re-telling of the event. The HU always has a insanely long line (even when its empty inside. I can’t believe clubs still pull that shit), a $5 cover (seriously, in this city a good rule of thumb is that if there is a cover, you probably don’t want to be there. Covers are a douchebag surcharge), dozens of bachelorette parties, glass strewn floors (from girls dropping their drink in their fervor to dance along to “Baby Got Back”), and bathrooms that make outhouses look swank. There is no possible way to have a good time here unless your BAC is high enough that you could double as a character in The Walking Dead before you step in the door. Trust me. I’ve tried.

1. This spot is reserved for you, my dear readers! Tell me your terrible Chicago nightlife experiences. Clue me in to what bars you think Complex missed (for my money, Red Ivy,  Excalibur, Uncle Fatty’s and a dozen others deserved spots). Tell me all about the douchey bars in your cities/towns. I’m dying to know. 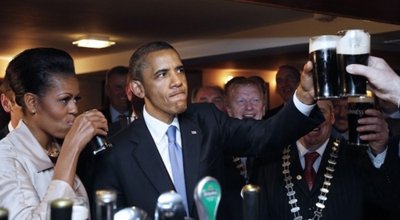