Shikagoland Has Been Neglecting Her Duties, Reads the Headlines

Forgive me readers for I have sinned, its been nearly a MONTH since my last entry.

I totes feel kinda bad about that.

I’ve been dividing my time between making serious decisions about the new site (HallyuHoney, coming to a web browser near you…one day), dealing with a lot of craziness at my job, drinking soju on Thursday nights with a friend, and…going to Mexico on vacation. 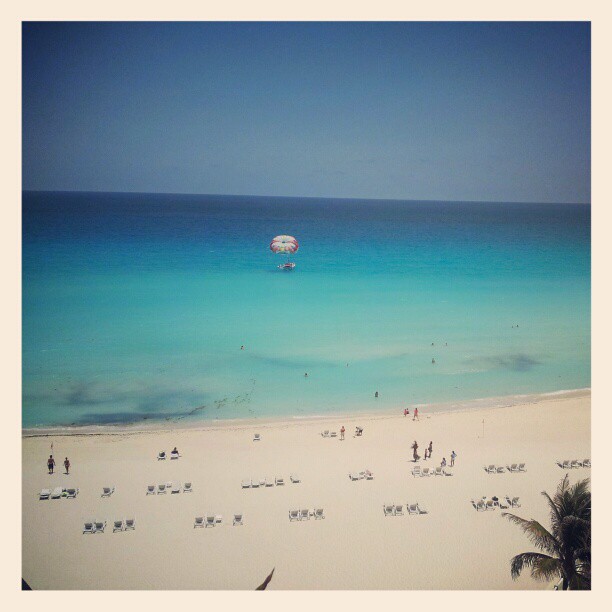 I know, I’m not gonna get much sympathy for this…

I’ve missed a lot of goings on in the world around us, so now I’m going to try and catch up in my own special way.

– The Avengers came. It saw. It conquered. I’ve seen it twice and if you haven’t yet….well then you have no time to read the rest of this. GO TO THE MOVIES NOW WHAT IS WRONG WITH YOU!?

– Facebook is going public. Sorry though. Unless you are already regularly fucking around in the stock market at high levels or already extremely rich, you aren’t likely to be able to snag a piece of the pie. Go play Farmville or something.

– In political news, the patriarch of the Ricketts family (who own the Chicago Cubs, among other holdings) decided to take it upon himself to create his own RPG on how to defeat President Obama in the next election. Fine. Whatever. What makes this story hilarious is that Ricketts’ main mission seems to be stopping President Obama because he spends too much money…while at the same time his family is asking for MILLIONS in tax breaks (150 million of them) to renovate their privately owned baseball stadium. Also, the person they are asking this from? Oh, just the guy who used to be President Obama’s CHIEF OF STAFF. OMG. I CANNOT. Are these people unaware of  The F***ing Epic Twitter Quest of @MayorEmanuel ? Within Chicago city limits, thats not fiction. You pissed Rahmbo off, folks. At this point you’d be better off starting a Kickstarter page.

– Also, Black Metrosexual Abe Lincoln. I think that would make a better story than Abe Lincoln Vampire Hunter or whatever but…lets not give Stephanie Meyer any ideas.

– Children can be pretty scary in general. But then you get a look at what their skulls look like before their adult teeth come in and…well. Here kid, have the cookie. I don’t want any trouble.

– In Kpop news, YG has finally started announcing countries for Big Bang’s world tour. But nothing yet on whats going down in North America, therefore my hunger strike continues.

– In other kpop news, kpop group Dalmatian is in the midst of their comeback promotions. I’m one of the twenty people who started hardcore stanning for them back when they first debuted so as a result…I’m in a bit of shock at their new image. I mean, once upon a time they performed on television WHILE WEARING DOG SUITS. And now they are all “hey noona. Look at all these abs and fancy hair. I’m gonna dance shirtless now and you’re gonna like it noona. AWWWW YEAH”…or at least thats how I see it. *ahem* Just.. go watch the video or something.

And lastly, to bring it back to local news: Chicago is currently collectively struggling under the tyranny of NATO protestors. Its gonna be a long weekend folks. Lets try to keep it together.  Sure, a bunch of random hipsters will be invading your neighborhoods, doing demonstrations while smothering themselves in chocolate, stealing your internet, and probably not smelling too good while doing so, but hey. When it starts to get on your nerves too much, step back (from the smelly protestor), take a deep breath (I told you to step back), and reflect on the fact that we live in a country where we are allowed to peaceably assemble…to point and laugh while some trustafarian gets shoved into the back of a police van after throwing a cream pie at a cop. Its the American way.

One thought on “Shikagoland Has Been Neglecting Her Duties, Reads the Headlines”